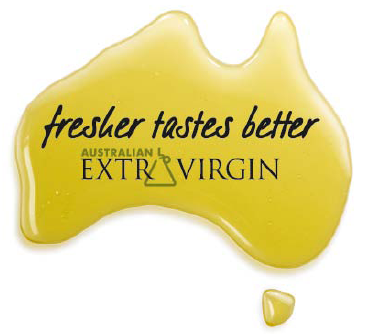 In the mid 1990s I spoke to the first organised meeting of Olive Oil growers in the Gingin region about marketing. There were some small farmers and there was a clutch of Managed Investment Schemes all offering “tax effective” investments with a 24% Return on Investment. Subsequently, investors lost lots of money, the major schemes changed hands at discounted prices and many “entrepreneurs” did well to avoid jail. Yields were less than forecast and prices were lower than forecast.

My main point at the talk was that the region had no cachet as a food production area and needed to develop a brand so they could cooperatively market themselves.

I suggested they cut a deal with the New Norcia Monastry and call the region New Norcia. The monastry has a rich history in olives and a very solid tourism profile. Speculation, but I believe the industry and New Norcia would both have benefited from that approach. It became the Moore River Region instead.

Now the industry is established and approaching large scale production. The main game is export, but my comments relate to domestic marketing.

The competition is European imports; often old and occasionally rancid. The Australian industry has been loathe to criticise the Europeans; worried about stepping on toes. The Australians now have a voluntary Code of Conduct; most companies have signed up. Not surprising, since (on my reading at least) it doesn’t actually require you to do anything.

I reckon the locals should have established a cooperative marketing fund to tell the consumer that olive oil is a fresh product. They could have worked with the food industry on this and created an awareness of New Season Olive Oil (it is bottled May – June). They could have stipulated year of harvest on the front of the label, as happens with wine. The Code says year of harvest is optional; “for those growers promoting freshness”. The York Olive Oil Company is one of the very few companies that prominently state year of harvest. Others are happy for you not to know how old the oil is – they don’t want to get caught with old stock.

Neither do the retailers, who don’t want to bother with the logistics of returns. And the industry doesn’t want the extra cost. So everyone just feeds their new olive oil into the pipeline when the old stock runs out. In the Re Store in Northbridge, supposedly a gourmet food store, there was still no new season olive oil at the end of September. Every bottle at least 15 months old.

The Code of Conduct discourages the use of ‘Cold Pressed’ in labelling. “Not an indicator of quality… not recommended”. Well practically every Australian oil is described as ‘cold pressed’. Lucky it’s a voluntary code.

Of course the manufacturers all want to establish a brand name so they’re desperate to get distribution. That means you can buy very good oil at ridiculously low prices. But turn the bottles around and compare the Best Before dates. Oil made in 2009 will say ‘Best Before 2011’. Not sure what it’s best for then; maybe it still works as a lubricant.

A disappointing result for a new industry which was well placed to influence food culture and food marketing.

This article not sponsored by the Fresh Food People or MasterChef Curtis Stone.