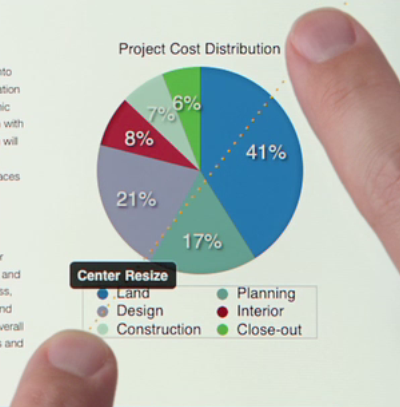 The iPad’s about to become the most quickly adopted electronic device of all time. And it’s throttled the growth of netbooks, notebooks and netwooks. Netwooks have not been invented yet; full marks if you noticed that.

It’s a great marketing case study because design-lust aside, the iPad addresses a consumer need the market was ignoring. Simplicity of use. Phone makers, particularly Apple, inherently understand the market’s hatred of complexity. But the navigability of that particular interface (press one button to access any application) is one of the great and obvious ideas in the short history of computing. For consumers who’ve been intimidated by the Windows interface since Bill was a boy, the iPad is a relatively safe and easy technology purchase.

But with the simplicity comes sacrifice. The tablet interface is annoyingly flawed. The ends of my fingers are flat from pounding the screen waiting for it to react properly.

The closed Apple architecture makes web browsing a short-term activity. In many cases you miss the precision of the mouse and the spat between Adobe and Apple means you can’t be confident that any web site will perform as it should. The on-screen keyboard is fine for a few minutes, but that’s all.

Of course, companies can design aps specifically for the iPad; allowing maximum use of the finger but those have cut-down functionality. The newspapers will sell you a subscription so you can read their stories but unlike the netbook, they won’t let you copy/paste a section and email it to a friend. Rupert is completely wrong on this; consumers will not pay for restricted access on the iPad when they can get open access on the web.

So on the iPad; games? Sure. eBooks? Definitely. But web browsing and office or work applications; nup. If you already have an iPhone, you’re better off with a netbook. An iPad will just duplicate the shortcomings of your iPhone.

I haven’t seen any netbook manufacturers taking that line but I think there’s a strong case for spelling it out.