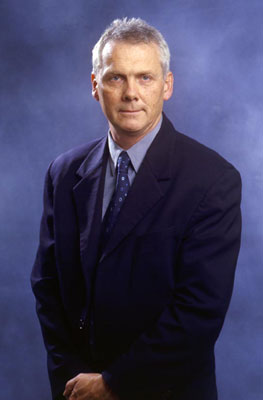 ABC Chief Kim Dalton has just outlined the White Picket Fence view of media policy, calling for enforced quotas of Australian broadband content. Gee, wouldn’t the Internet be great if it were just like television?

No. One of the main reasons for the growth of the Internet is its phenomenal diversity compared to alternative media. Imposing content restrictions would reduce diversity instead of furthering the internationalisation of the Australian media. If we are to review regulatory policy, we should aim to participate on the world stage rather than “protect the Australian culture”, as he puts it. Is he worried we might not get another series of Big Brother? There is no reference I can see in the ABC’s charter to “protecting the Australian culture”.

He speaks of the “risk of our culture being lost under a tide of cheap-to-access overseas programming”. Culture is dynamic, it’s something that evolves. Not something you put in a box and protect. Don’t panic: we’re not going to lose it. The focus should be on helping Australians export ‘cheap-to-access overseas programming’ not on protecting us from it.

The Internet is awash with foreign culture and that’s the good news. Let’s not devote too much energy to reinforcing our differences.

And you don’t get ‘better culture’ by paying more money. Dalton is confusing culture with production values.

I’m thinking by the way that he should be acknowledged for one of the year’s best understatements: “Although Mr Dalton admits regulating the online industry is problematic…”.

Enforcing Australian content restrictions on television stations was understandable in the days of three commercial television stations and one public network. Limited bandwidth. But it is an anachronism in a market with unlimited channels and unlimited choices. The people are voting for choice. Get your outdated bureaucratic hands off our internet.