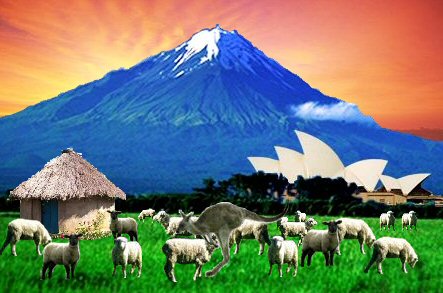 “Each morning, the Maori people of New Zealand, which is part of Australia, rise at dawn, cook some eggs, put on their grass skirts and go out to the fields to make 42 below vodka.” It’s the start of a pretty cute 42 Below vodka advertisement that was banned on the web, radio and newspaper by the New Zealand Advertising Standards Authority in 2003.

It was banned because it encouraged immoderate consumption of liquor, was culturally offensive to Maoris, suggested the consumption of liquor in hazardous situations and associated the alcoholic product with ‘identifiable heroes of the young’, to wit Russell Crowe and the All Blacks. The joke about Sydney, New Zealand was not a factor. I wish I’d thought of that joke.

Anyway, the ad was banned; why is it still available? See second comment below.It came to me via an email with a link to the web site; the web site of 42 Below. The email I received referred to the ban; ie the ban is being used to enhance the appeal of the ad. Did the company or its agencies initiate this viral email campaign? If so, they should be brought to account.

If industry accepts the need for advertising standards it must not ignore rulings or seek to use adverse findings for promotional advantage.