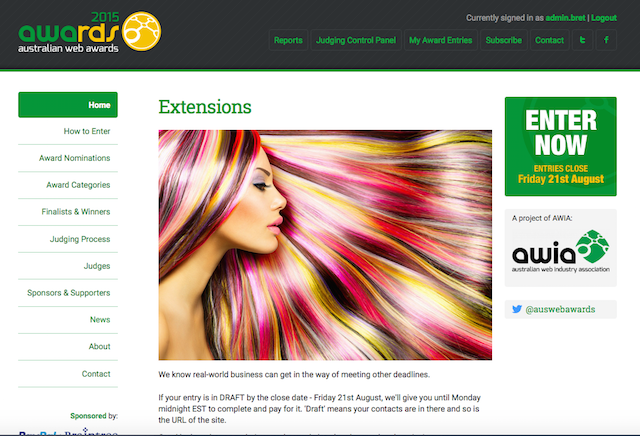 I’ve again been responsible for all content on the Australian Web Awards site, as well as working with James Deck’s 1300WebPro on marketing (Twitter, Facebook, Google). A record number of entries this year, though we’re still struggling to get traction in NSW and Queensland. We’ll be doing some direct marketing in those states next year, and have the potential to double the total number of entries.

Events in four or five states as well as the national final adds up to a compelling sponsorship proposition.