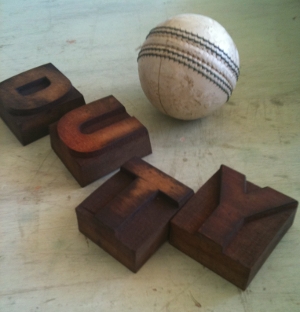 Umpiring changes in the game of cricket have been pretty much uniformly praised. The field umpires can refer decisions to a third umpire, who is off the field and has the luxury of watching television replays. Teams can now challenge an umpire’s decision, much the way as tennis players can challenge line calls.

Better decisions and a reduction in subjectivity; that underminer of trust.

High time some objectivity was introduced into the selection procedure. When a team performs badly (not thinking of any team in particular) the population agonises about whether or not certain players should be dropped, to make way for new blood. Decisions about blood are made by a selection panel of former players and are intensely subjective. Remember that selectors are people who know some of the players personally; some not. Have seen some bat and bowl frequently; some less so.

Questions of loyalty arise and the decisions affect livelihoods and careers. It’s a political process and a nasty position for the selectors. Empirically, there is a history of retaining good players for longish periods after their Best-By date. Teams that perform well are seldom changed. Commonly, this results in a sudden decline when two or three good players retire. A period of re-building follows.

Here’s some free beer: why not develop an algorithm which takes the subjectivity out of the process? Do you really need a selection panel? All decisions could be made on form, taking into account relevant history and recent history over a wide criteria range.

Such a system could, for example, remove the lowest ranking batsman and bowler in each match. Although this would change the nature of ‘team’, it would institutionalise renewal and introduce a level of fairness that would do the game credit.