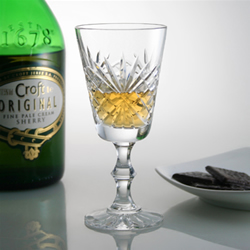 The Fortified Sustainability Project; it should have been a warning that they might not come up with brilliant names.

The business of re-naming fortifieds that have used Spanish, Portuguese and Hungarian names for over a hundred years has begun – sherry and tokay are to be renamed apera and topaque. I read about it in The Age in an article by Lisa Port, who will shortly have to find herself a new surname.

Other names that were considered (I”m not making them up):

Naming by committee is problematic. In the case of ‘apera’ they’ve tried to allude to aperitifs, to position the wine as a pre-dinner drink. ‘Topaque’ just sounds like an awkward imitation of tokay; the “let’s just cross our fingers and hope they don’t notice” approach. Ironic that the Chairman of the Project, Colin Campbell, said they wanted names that “would invigorate those products because obviously we’re not looking to just sustain the sales, we’re looking to increase sales”.

He said they were looking for new names which are exciting, emotive and switch people on. Well let me belatedly volunteer a few of those:

Because they’re not invented names you probably wouldn’t get a trade mark; do you desperately need a trademark? Champagne never had one.

And if you absolutely had to have the security of a trademark, could you not be a little more adventurous? What about Shhhh or Sh~*~? I haven’t decided whether that last question mark is part of the name.

The New World wine community has been completely done over by the Europeans. If the New World had cooperated and created international replacement names they could have seriously challenged in these categories. As it is, each country will determine their own replacement names and export marketing is doomed by fragmentation.

I don’t think a replacement name has been decided on for port. On current form, they’ll invent a short word that sounds like port with a European note: Fort or Forti.

But that does not deliver on “exciting, emotive and switch people on”. Trial. Quiet. Lounge. 100. Duel.