I once worked with this designer on a project, and it was clear to me I was never going to work with her again. She was almost completely unwilling to alter anything she had designed. She did the design, then all that remained to do was justify and defend what she’d done.

I love having input into design and I will not present something to a client that I’m not happy with. So the designer has to satisfy me, then I’ll deal with the client. Here’s the reason: I do not trust the client’s judgement in this area.

On one project, a designer/developer showed me three designs. Two of them I liked; one I was not keen on. Neither was the designer, I found out later. But I showed all three to the client. Guess which one he chose? Do not ever present something that you would not want in your portfolio.

I had the chance recently to turn the Media Tonic site responsive, i.e. make it look presentable on mobiles etc. And we made some design changes along the way.

I worked with designer Martin Firth, who is an excellent collaborator. What I mean by that is, I imagined a result and briefed him, then he came back with something better than what I imagined, then I suggested a change and we iterated until the end result was better than either of us expected. 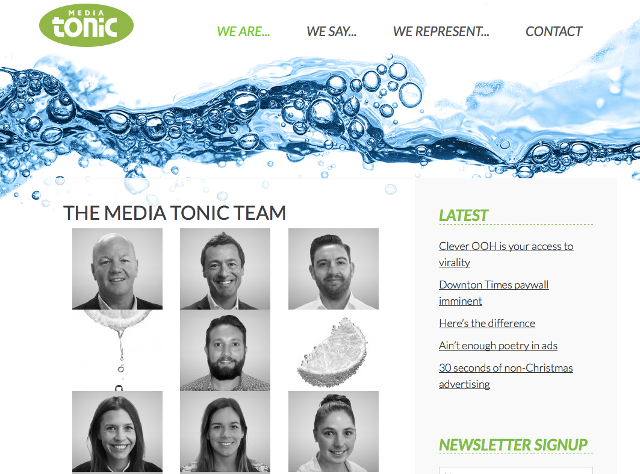 What I love about the Media Tonic site is the measured use of colour. Just because you have access to 16,777,216 colours does not mean you should use most of them. Colour is jealous of other colour. Colour respects black and white; loves constraint.