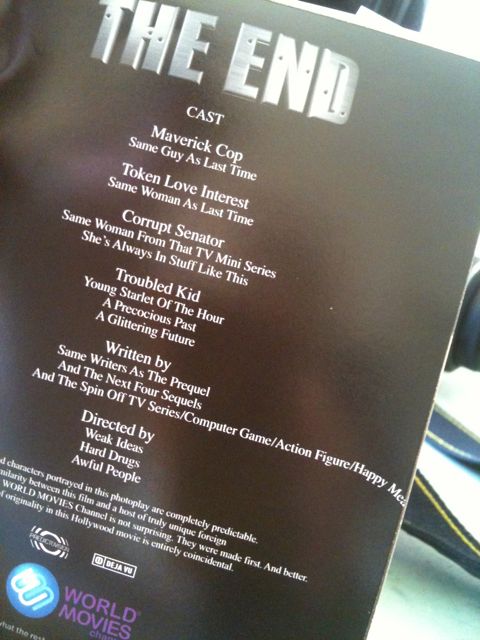 Here’s a clever ad for the SBS movie channel.

Unfortunately, it appeared in a brochure promoting the French Film Festival in Perth. You’d have to assume that people who’ve sought out that publication are already reasonably positively disposed to foreign films.

The ‘aren’t you sick of Hollywood films’ angle should be directed at people in mainstream media, not people who’ve already drunk the Kool Aid.