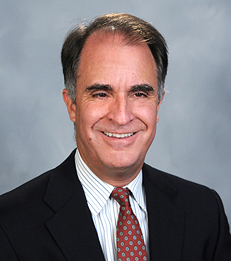 It’s pretty clear from his talk he’s not a Bitcoin user. It’s also pretty clear he’s loving the attention he’s getting as a result of his recent interest in the subject.

‘I’ve had calls from the Federal Reserve’, he says, like a kid who’s just got an autograph from a sports star. Media attention and spirited debate with young bitcoin enthusiasts obviously compares well to the daily grind of finance lectures.

So sitting there with the bitcoin community listening to Professor Yermack dismiss bitcoin as hyped and risky and going nowhere – there was a certain amount of electricity in the air. Especially when the Professor revealed a poor understanding of Bitcoin architecture and made a swag of factual errors.

So he doesn’t use the product, he doesn’t understand the system and he gets his facts wrong. But he’s becoming a respected source of information on the subject. Don’t the media just love an authority figure? Read Ryan Holiday if you’re in any doubt about that.

Nonetheless, it’s good for the bitcoiners to get a cold bucket of water on bitcoin uptake. The Professor has done some good basic research: daily transactions are not increasing. Bitcoin is going nowhere as a transaction medium. Personally, I don’t think that is going to change in a stable economy like ours. But it may well change in Argentina, for example, and leak out from there.

The Professor says he wakes up every day expecting the Bitcoin price to be zero. Oddly, the price resilience is not empirical evidence that influences his opinion of its viability. But it’s not surprising the Professor finds Bitcoin terrifying. He calculates an average daily variation of 9% – that would frighten the pants off any risk-averse analyst. Here’s the thing: many bitcoiners bought at $5. The price is now $450. They’re okay with price volatility.

The moment at which people get heated is telling. ‘You’re wrong!’, yelled the Professor when a bitcoiner heckled that Bitcoin was a good risk-reduction strategy. The Professor has correlated Bitcoin against major currencies and gold and they’re not correlated at all. Investing in Bitcoin would violate the Efficient Frontier, the Professor said, in a way that made clear that the Efficient Frontier is a truth, not a theory. The Efficient Frontier underpins what’s called Modern Portfolio Theory and it asserts that there is a calculable maximum return for a given level of risk. But research shows that Modern Portfolio Theory did a lousy job of protecting you in 2008. What would have been handy is a financial asset not correlated to financial markets. Bitcoin’s price independence would make it a good diversification strategy, if only it were sufficiently liquid, and it’s certainly not that yet.

The Professor pointed to some seminal issues. The recovered Mt Gox Bitcoins can be traced to individuals. Do the coins get returned to the individuals or should they be returned pro-rata to all who lost money? And if insurance companies can insure bitcoin businesses, doesn’t that mean governments are implicitly standing behind Bitcoin?

There was some amusement at Professor Yermack approvingly quoting Paul Kruger, NOBEL PRIZE WINNER and a bitcoin skeptic. Krugman repeatedly forecast the collapse of the Euro and said (those of us in the web industry recall) that by 2005 or so, it will become clear that the Internet’s impact on the economy has been no greater than the fax machine’s. I suspect he is as reliable on bitcoin.

Underneath the Professor’s opinions lie a set of powerful assumptions: trust requires authority, the banking system minimises risk, currencies must have the blessing of a nation state. While there are historical and legal explanations for these assumptions, that does not make them valid. It does not mean that we are stuck with them. History will record that Bitcoin’s impact was to challenge in these realms.