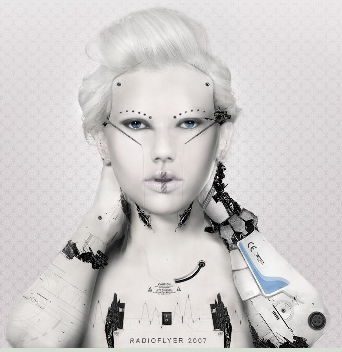 Malcolm Turnbull has made a fair criticism of the proposed Australian National Broadband Network; 100Mbps of FTTH. Fibre To The Home. He says the Government is asserting commercially viability when they haven’t yet done the feasibility study. The best approach, Turnbull says, is to work out what speeds are feasible at what costs and from that, forecast the demand. And I would agree with Malcolm if 100Mbps broadband delivered the same services that we get from 1Mbps. However, that infrastructure is going to lead to new applications, not just faster uses of existing applications. That makes accurately forecasting demand impossible. The normal Australian approach is to be prudent and wait until everyone else has taken the risks. But because we are so remote, and because the internet reduces this remoteness, it’s a ‘good’ risk to take as a country. No other investment has the capacity to so drastically affect our future balance of trade.

I also read Paul Murray in the West Australian voicing sensible concerns in strident tones. He quotes a “some experts” forecast of $150/month for super-fast broadband and asks this question: “what do we get from this other than faster downloads in our homes for mainly entertainment purposes?” This is a valid question. You can stream video at 10Mbps; why do you need 100? Yes, people now have bigger screens and that will require more bandwidth but I don’t believe that streaming today’s internet content on to bigger screens is a strong justification for a $43B investment.

The difference between the Internet on dial-up and the Internet on 1Mbps was CONTENT. And CONTENT will be the difference between 1Mbps and 100Mbps. As soon as the bandwidth allowed for it, we got Skype. We got Napster and Bit Torrent. And we got YouTube. These products did not exist before broadband. Some were not foreseen. First comes the bandwidth, then comes the content that gives people a reason to use the bandwidth. When enough people start using the new applications you get the new business models and the social change that justify the costs.

At 100Mbps we will see some applications completely different to what we currently have. I’ve written before about how faster broadband and processors are going to deliver incredibly compelling experiences that blur the lines between reality and imagination.

100Mbps will allow real-time processing of visual data. That’s not to be sniffed at. It will allow us to overlay video and the environment we live in. It will put realistic animated life-sized avatars in our lounge rooms. Those avatars will be real people in other parts of the world with whom we will have normal conversations.

Interactive video will immerse you convincingly in any landscape or fantasy world. The merging of animation and a real-life environment will allow your friends to appear in your lounge room, dance like Fred Astaire, remove their head from their shoulders, then turn themselves into flying donuts. Do you think that might represent a significant change in communication? Do you think that might suggest new ways of demonstrating and marketing products? 100Mbps would put us at the forefront of that development.

The difference between 1Mbps and 100Mbps is holograms. It’s the replacement of passive, 2D information with immersive 3D environments that connect people in compelling, real-time interactions. It will change our sexual behaviour, it will change our social behaviour and it will change the power structures in society. It’s ‘entertainment’ Paul, but not as we know it.

Three years after this network is constructed, 100Mbps will not be enough.