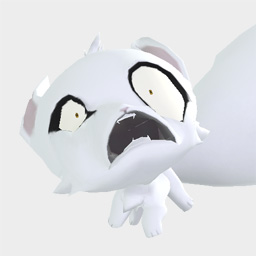 Google have this philosophy of putting products into beta early in the development phase and ironing out the problems as they go. It’s not going to work with Lively in the virtual world/game space. People are not going to come back. Ask the owners of Second Life. They lose 9/10 people who try it and those 9 do not come back. Despite its dumbed down functionality, Lively will lose at least 9.

Rooms are supposed to contain 20 avatars. Mostly they close with about 12 and lag badly.

People in the environment have NO IDEA what they’re meant to do. What’s worse, there IS nothing to do, other than chat. A large number of people are 14 years old, speak different languages or lag so badly they cannot communicate. Believe me, there’s not a lot of chemistry in there. Didn’t Google study the Second Life orientation experience?

Most of the people I was able to communicate with had computer problems in Lively and were Facebook users. The idea that people are going to migrate their friends’ network across from Facebook is just fanciful. Only one in three are going to have sufficient graphics grunt and bandwidth to make it run tolerably. What are they going to do, stay in Facebook with all their friends or jump across to Lively leaving most of their friends behind? That was a rhetorical question.

I went into Vivaty as well but after it insisted on re-installing the software it packed up completely. Able to display only one room of those I tried. Like Heidi said in her comment; Just Starting.