Another Bitcoin meetup in Perth. We discussed how few people impacted directly by the technology – accountants, bankers, lawyers – are actually interested in understanding it.

Here’s what is useful about bitcoin/blockchain:

1. It solves the problem of transferability; how to verify the passing of ownership

The Internet made sharing possible on a new scale, but once content is out there, it can be copied and copies are as good as the original. The Bitcoin blockchain proves the ownership transfer of money (obviating the need for third party verification – banks). But it can also prove that transactions occured in the domain of content and real world events. So not only do we not need banks, but for a vast amount of human activity, no manual human oversight is now required. Smart contracts will replace substantial amounts of project management.

Example: online casinos on the blockchain are completely transparent in their transactions and payments; they are autonomous, don’t require expensive government oversight and consequently give punters higher payouts than regulated bricks and mortar casinos.

Antonopoulos spells this out really clearly (talk takes 17 minutes; the rest is questions).

3. Objects can now have their own bank accounts

Pay the self-drive car. It then pays for its own petrol/electricity/maintenance. When it accumulates enough money it buys another self-driving car. It doesn’t cheat on its tax; it keeps all its records and its history is completely trackable.

Governments are regulators. Banks are intermediaries. No wonder they’re resisting bitcoin. When the population realises it doesn’t require banks, well, Petey Ulatan has a good visual metaphor for the new economic landscape: 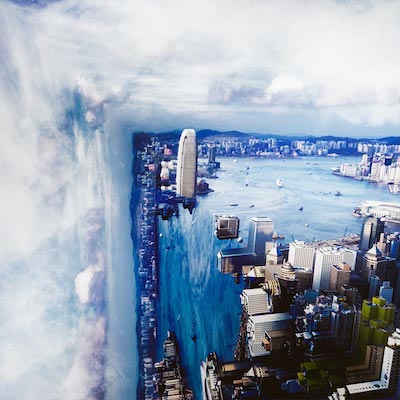